Art-Illa is our Baleàric Irish Arts Residency supported by the Arts Council of Ireland International Residency Initiatives Scheme (IRIS). It is a creative immersive lab, which consists of an immersive transnational exchange and cooperation across multidisciplinary art forms.

The participating artists from Ireland are Jude Penders and Gill Byrne, who will be partnering with Baleàric artists Rosa Forteza and Alejandro Navarro.

The Art-Illa residency will give me the time and space to explore, connect, and play. As well as open and expand upon my existing Iberian connections, meet other professionals in the field. 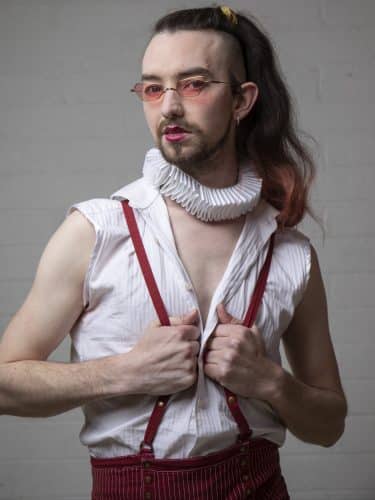 Jude is a performer, a creator, a commentator, philosopher, poet, and musician. A living, feeling human – an Artist.

Jude creates moments – experiences for humans to contact their human-ness. Whether a viewer applauds or not, so long as they felt or thought something more because they were there is the central point to Jude’s artistic creation.

Jude’s core artistic value is to create work of deep intensity that fosters intimacy with an audience. They want to reach a depth of understanding between themselves and the viewer.

Jude also tries to maintain a practice with a strong visual and cultural identity. Their technical solo work revolves primarily around aerial trapeze with heavy influence from contemporary dance, acrobatics and balance techniques. Jude’s broader performative practice is heavily influenced by their training in dance, theatre and clown.

The way they present their face, engage with viewers, or hold and move their body in the performance space is the result of the diversity of their training and the uniqueness of their experiences.

Themes of interest in Jude’s current work include Identity, Gender, and Relationships – as they relate to who we are within our society.

Participating in the Art-Illa programme will benefit my art practice by allowing me dedicated time and space to work creatively in a cooperative forum. 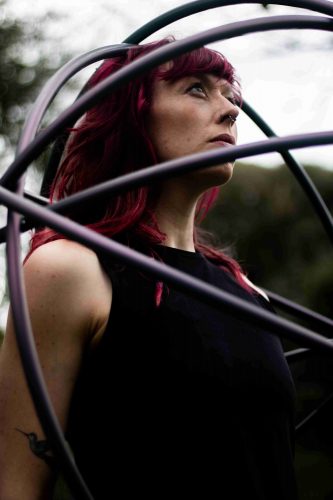 Gill Byrne is an emerging circus artist with a BA in Drama(Performance) and a deep background in dance, movement, and outdoor pursuits. Her involvement with circus arts began in 2016 when she found a hula hoop while on her travels in Canada. Today she performs multi-hoop, fire, and aerial. She also teaches circus and aerial arts across Ireland.

Over 2022 Gill has primarily focused on working in “HOUSE!” with Fidget Feet, “Triple Goddess” with Erebidae Circus, and a dance trapeze piece “Like Water”. When not on stage, she can be found happily rigging events and aerial.

Gill is deeply inspired by the beauty of remote landscapes, the healing power of nature, and the connection to the land in an urban and digitalised society.

We believe working with artists from other places enriches and consolidates our artistic career.

Cia. MOVIMENTS’ members are Rosa Forteza and Alejandro Navarro. They have been performing for over 12 years in Mallorca, Catalonia, and in the rest of Spain and Europe in venues focused on theatre and movement.

After completing their physical theatre degrees at the Institut del Teatre (Barcelona), they decided to create their own company in 2013. They believe in combining different performing arts genres in order to define their own professional profile. Their desire to both increase their knowledge and improve their physical skills has brought them to circus, where they specialise in hand-to-hand.

Cia. MOVIMENTS has produced three shows and a circus act: