Jos is an Olivier Award winner, original member of Complicité, and apart from teaching Physical theatre for over 20 years, he also performs his own one-man show around the world since 2007 – The Art of Laughter

Over 3 days, Colm will learn movements based on correct, safe, bio-mechanics. Then he will learn how to do those movements incorrectly to make a gag, build them into a funny rhythm, and into a funny routine with a virtuoso finish. It is no exaggeration to say Colm could leave this workshop with a masterful physical comedy routine! 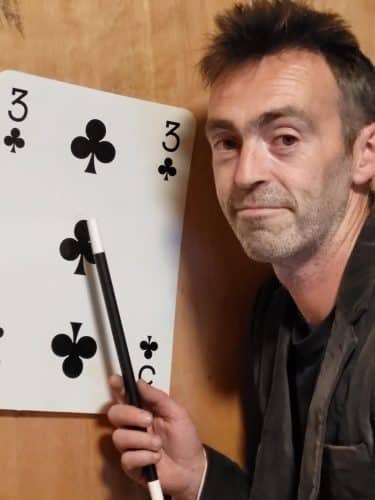 Colm has  been performing magic and clowning as an enthusiastic amateur since childhood. As a child he participated in school shows and as an adult he performed whenever he had the chance while working in other ‘grown up jobs’. He has always found creating and sharing routines to be an enjoyable creative outlet.

Currently, Colm is touring with fellow ISACS members Circus Gerbola. His responsibilities there varied and include everything from publicity to sales. For Colm, most enjoyable aspect of the job is visiting schools and community groups. These visits provide a free interactive taste of traditional circus skills to people who may not have had the opportunity to experience them before.

What does Colm expect from the Masterclass?

I’m thrilled to be given the opportunity to learn from Jos Houben. I’m very excited to incorporate everything I learn at the masterclass into my school and community group visits. In turn, I hope it will entertain and encourage people to get more involved with circus.