The ISACS Network and Dance Ireland present Where Dance meets Circus, a cross sector gathering taking place between the 7 – 11 December in association with SpringMoves Dance Festival. We invite dance artists and circus artists to take part in workshops and conversations that reflect on the space where these two arts forms meet.

Talk: Dancer goes on a journey / Circus comes to town

Alister O’Loughlin trained as an actor before meeting a dancer who changed his life. Together they made award winning physical theatre, until a commission from the local council inspired them to go outside. They planned a 2 week project… they didn’t plan on meeting one of parkour’s co-creators. 16 years and 5 continents later: the co-founder of the Urban Playground Team will discuss the health of mongrels, boundary processes, glimpsed narratives, and how collaboration beyond our own practice can be the means of liberating ourselves and our audiences.

Find out more about the Urban Playground Team → 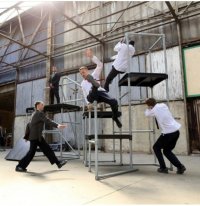 Alister O’Loughlin trained in the UK & Serbia. With Miranda Henderson he founded Prodigal Theatre in 1999, creating work they describe as ‘epic within a small frame’ – ranging from intimate in the round storytelling through to site specific reworkings of Jacobean Tragedy. From 2002 – 2010 they ran Brighton’s Nightingale Theatre, contributing to the development of over 100 new pieces of theatre and dance. In 2006 they created a second ensemble: The Urban Playground Team – the original performance-parkour company. Their award winning work has toured five continents for clients including the British Council. They teach wherever they perform, and specialise in work with at-risk communities of young people. Now based in Cornwall, they continue to pioneer models of engagement and are planning their own rehearsal and development centre for in-studio and outdoor work. As a freelancer Alister has assisted and performed for Steven Berkoff. He is an associate lecturer at Falmouth University.

Register for your place here→ 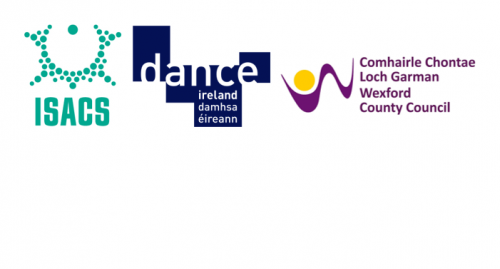