Streets Ahead is a brand new streets arts professional development programme which has been developed by Cork City Council in partnership with the Irish Street Arts, Circus and Spectacle Network.

This innovative programme has been designed to support and develop a range of street artists across varying stages of their careers.

This street skills strand is aimed at arts practitioners working in arts, health, educational and social contexts who are emerging or new to street arts. This professional development strand is subsidised by Cork City Arts Office with the support of Creative Ireland and therefore FREE to participants. Places are limited to 20 participants and full attendance is required. Over the course of 8 weeks participants will discover the following:

So, if you are hungry to learn and ready for a challenge, then here is the perfect opportunity  to learn from industry leaders who have been and are still driving the Street Arts movement. 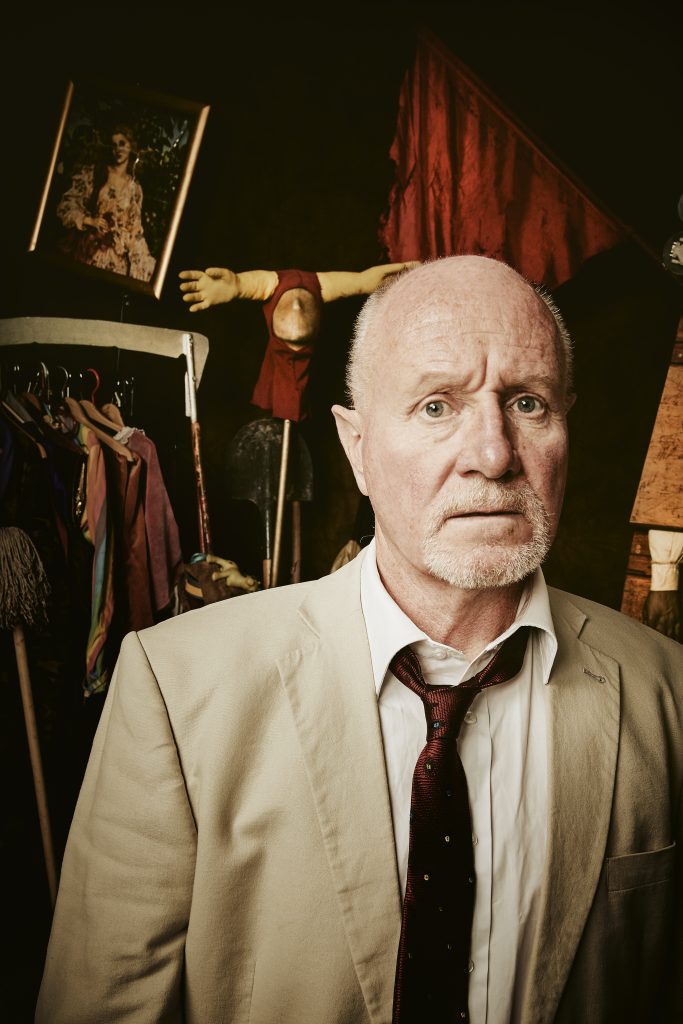 Floriane Gaber is a teacher of the history of Street Arts, Circus and Theatre at Amiens University and at Paris 8 University.

After her studies at the Royal Conservatory of the Dramatic Arts in Belgium, and a diploma in group leading, Floriane Gaber went on to get a Master in theatre at the Institute of Theatre Studies and a Literature PHD at Paris III, where she taught and created the CRAR (Research Centre on Street Arts, 1992-1998).

She has collaborated, for over 20 years, with several publications for which she writes regularly, on street arts (L’Avant-Scène Théâtre, Rue de la folie, Scènes urbaines, Stradda and www.fluctuat.net), circus, theatre, contemporary dance and non-Western artistic expressions. She is also the author of two European level studies, on the street art public and on the accompaniment of transnational co-productions. 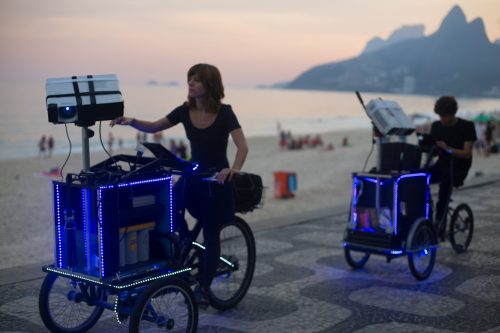 Although they can project their art pretty much anywhere, from Brazil to places like China, Russia, United States, England and Germany, careful thought goes into its venue. VJ Suave’s true art however lies in the interactivity it creates. Powered by their trusty tricycles, they are able to illuminate more than walls and sidewalks with their characters, but also their viewers and forming a relationship between people, especially children, and their urban spaces is what drives VJ Suave’s work the most. 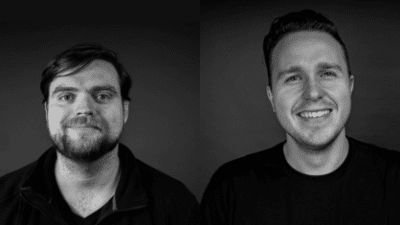 Cormac Murray & Olan Clarke form part of an award-winning team of young artists, engineers and producers that make up Algorithm. Their Dublin studio is brimming with the vision and expertise to bring the most ambitious ideas to life.

Since coming together in 2015, the company has built on its early success delivering immersive visuals for international art and music festivals to become Ireland’s go-to studio for turning the wildest dreams into reality. With specialisations in everything from fabrication and production to animation and creative coding, Algorithm is about constantly pushing the boundaries of what is possible in the immersive realm. In short, the entire studio is built around one central motivation – creating beautiful and memorable experiences that bring people together.

Algorithm’s projects have been funded publicly and privately, with a wide-ranging client list, including the OPW, Fáilte Ireland, Electric Picnic, Google, Facebook and Warner Music. 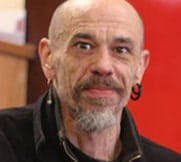 William Frode de la Foret is an undisciplined artist born in France, living in Cork and making art with people in various contexts since 1993. His practice is shaped by his belief that the arts represent an infinite field of possibilities for people and cannot be reduced to academic, institutional and market driven conceptions and that everybody has the right to create art, to engage with the making of culture and its representation on one’s own terms.

William, is artistic director of Cork Community Art Link , a community art organisation based in the Lido in Blackpool Cork .He has developed, directed and facilitated a large number of community outreach projects and long term arts programmes including a pioneering 10 year programme in Our Lady’s psychiatric hospital Cork, “What if” (whatif.ie) a programme exploring participatory public art practice, Rebel streets a youth participatory streets arts programme ,and the Dragon of Shandon, the traditional Cork Samhain community parade . 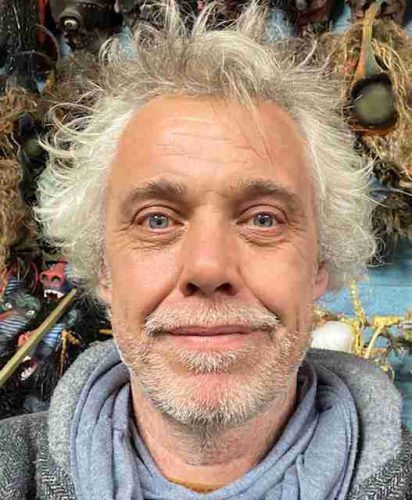 Mike Leahy is the Artistic Director of Waterford Spraoi. He is one of the founding members of the Company which has been in existence since 1993. He oversees the Artistic work the company produce from their Studio complex in Waterford. They include the annual Spraoi Parade usually held on the August Bank Holiday Weekend as part of the Spraoi international Street Arts Festival. As well as creative leadership of the company’s own productions, he also oversees the Festival programme, works on mentorship, with Companies and Artists as well as the Spraois other Productions including Samhain events, St Patricks Day Commissions.

The do’s and don’ts for working in public spaces 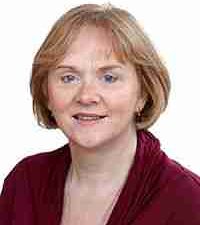 Miriam is a founding member of Waterford Spraoi, and now works as freelance programmer and manager on various festivals, including Spraoi, Cat Laughs, Kilkenomics and Subtitle Film Festival.

Miriam also works as a consultant in the street arts sector, with clients including the Irish Aerial Creation Centre and Fidget Feet Aerial Dance. Miriam is also currently a Board Member of Waterford Walls.

Previous work has included St Patricks Festivals Dublin and Cork, and Tall Ships Waterford. Member of the Arts Council of Ireland from 2014-2019.

Miriam has also a degree in bi-lingual business administration from Waterford Institute of Technology. 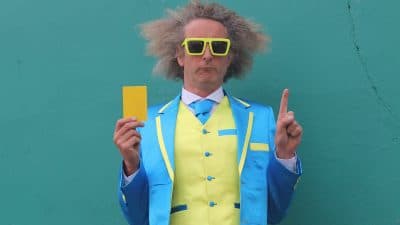 Fanzini Productions are also the founders and producers of the annual National Circus Festival of Ireland, the country’s premier national showcase for contemporary circus. 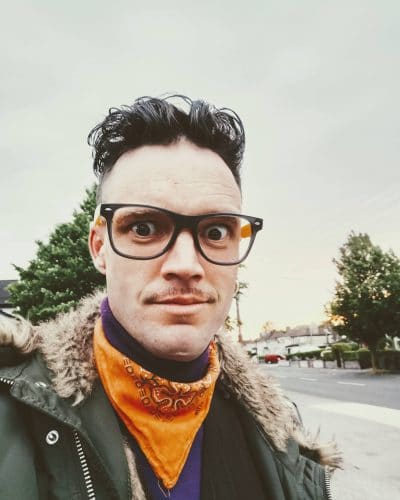 Born during the greatest year of all time, 1980. A man of many talents, including, but not limited to, Juggling, Stilt Walking, Cross-dressing and Accounting.  Cormac has had a passion for Circus from a young age, and since training at the Belfast Circus School in ’99 – ’00, has made Circus his career. From performing solo shows on the streets of Cork, his home town, to winning the Street Performance World Championship in 2013, his choice of career has certainly flourished.

Cormac is well known for work in Lords of Strut. Founded in 2009 with Cian Kinsella, Lords of Strut is a street theatre company, with thousands of hours performing and even more traveling. The company are almost a household name having performed at the  The Street Performance World Champions and were fan favourites on the hit ITV show ‘Britain’s Got Talent’. 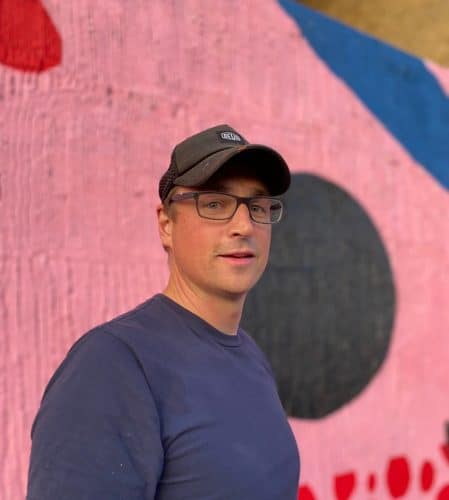 Shane O’Driscoll is an Irish printmaker and visual artist that practices mainly in screen printing and murals. He studied Visual Communications and is a member of Cork Printmakers and Backwater Artist Group.

He has exhibited his work internationally and throughout Ireland. Shane has also displayed work in The Irish Print Museum, IMMA and has a number of works in the O.P.W. collection. In 2019 his work was acquired by The National Gallery of Ireland as part of their permanent collection.

Shane is also a co-director of Ardú Street Art Project, a project which brought 7 large scale murals to Cork City in 2020. 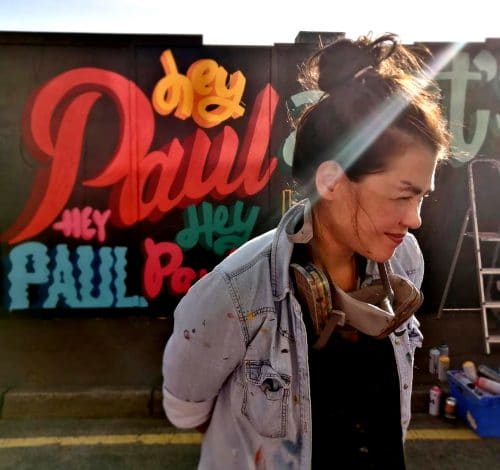 After graduating with an Honours Degree in Fine Art from The National College of Art and Design in 2004,Holly practiced as a painter for seven years. In 2011, she moved into illustration where she discovered the exciting world of illustrated type. She also returned to education, graduating from The Irish School of Animation in Ballyfermot in 2015.

In 2016, she introduced sign painting into her practice, and brought her work to a larger scale with murals. Since then, she has painted many murals, including a “Yes for Repeal” in Dun Laoghaire in 2018, that was widely documented, and a collaboration with The National Gallery of Ireland last year. She has been invited to paint for the past three years at Waterford Walls, an international street art festival in Waterford. She was also invited to contribute to a documentary on the story of Irish street art for RTE, entitled “WonderWalls”.

In 2019 she curated an eighteen person exhibition about typography and lettering design, “Letterbomb” in the Copper House Gallery. She was a speaker at Letters in Design, a typography conference held in Dublin last year, and she regularly teaches workshops in illustrated type and is a member of Minaw Collective.

Places will be allocated according to eligibility. Priority will be given to Cork City-based practitioners.

In the form you will be asked:

Eligibility will be assessed based on provision of information provided in this form by Thursday  22 April 2021.

Everyone who signs up with be notified of successful placement on the programme on Tuesday 27 April 2021.