We know you grew up in a Family Circus, and followed the steps of your ancestors, can you tell us a bit more about your background?

Both sides of my family were in the entertainment business; on my mother’s side, they had a touring theatre. They’d visit a village or a town, stay for a few days and put on a different show each night – singing, dancing, acting. That was in the ‘50s and they’d tour all over Ireland. My dad’s side – the McFaddens – were also a show family and they would spend the summer season in Bundoran or Galway with their travelling roadshow. That’s how my grandmother met my grandfather. Her father was a farmer, and he used to rent a field out to my grandfather. Nowadays, it’s very cool to run away and to do something different, but in those times, when my grandmother married my grandfather, it wasn’t something that was done. She was so brave to go into the unknown, but they were in love. So she married him and had four kids. 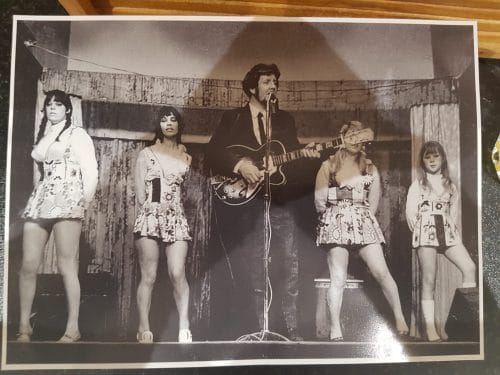 When television came along in the ‘60s in Ireland, it sort of ruined that scene. People were sitting at home instead of visiting shows.
To deal with this, those who were in the entertainment business had to diversify, so dad’s side of the family all moved into amusements and funfair. My mother’s side went into circus.  So growing up, I had the funfair on one side and circus on the other, but circus was always my gig.

How did your life in the Circus begin?

When I was very young, three of my uncles joined forces and opened a circus. I have such fond memories of it – it was just everything. One of my first memories of the circus was when I was about four or five and there was a troupe from Mexico called the Marquez – they were flying trapeze artists, a really big act. To have them appear in Ireland was a huge deal. When they practised, they’d put me on the Flying Trapeze net. They had these amazing costumes, and there was something about their aura that really inspired me. From then on, I was hooked. 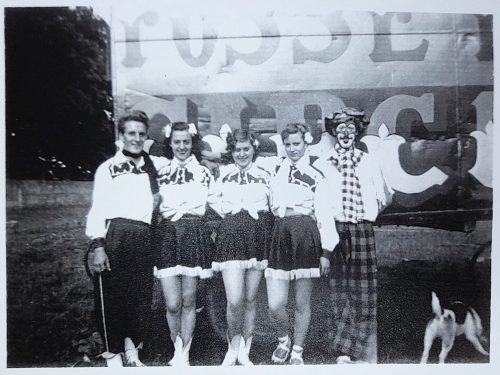 My uncles then went their separate ways, and each of them had a circus; at that stage, I was addicted to circus and performing. I also did gymnastics at a very young age, and practised all the time. It evolved from there. At one stage, we settled down for a while, as my brother was mentally and physically disabled, and we left the business. To pacify us, my poor father hung a trapeze in the hallway and we would practice there. Later, he built a rigging outside the back of our house, and we would practice on it in all weathers. I just kept doing it, and got better and better. When I was 18 or 19, I was working for different circuses – my uncle’s, and on my own. I had been training really hard and I had my act perfected. I was ready.

I met my husband Mike at an annual dinner dance. At the time, he was working for his family, the Fossetts. Then his parents came to the stage where they were retiring, so I worked for a season in Fossetts with my two acts, while also working for my uncles, before moving to Duffys’ Circus for five years with Mike.

At the time, Mikey was the tent master and we were doing an act together – a roller skating act. I was also doing trapeze, the hoop and he was clowning.

At one stage, we decided to leave the circus, to get a ‘normal’ job and settle down – just to see if the grass was greener. But it wasn’t!
I was working in the cash office in Tesco in Lucan, Mikey was working as a driver. We gave it a year, and at the end of the year, we thought ‘we can’t live like this’.

At that stage, we knew we didn’t want to go back working for our families – for my side or Mikey’s side because we had been there already, so we decided to go out on our own. It was never a dream to start our own business; I was content working away at my trapeze – but we just sort of fell into it. That was 21 years ago. 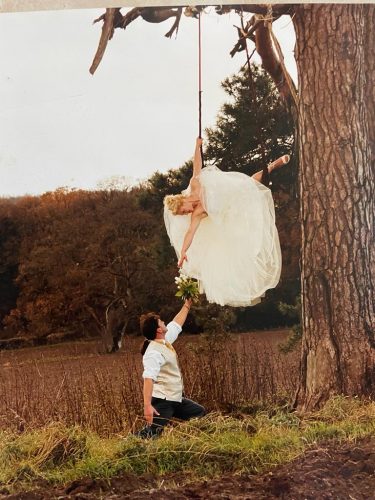 Can you tell us a bit more about Circus Gerbolaearly days?

Our first show was a disaster. It was 23 May on the lawn in Stradbally – a beautiful site. We were totally unprepared, but thought we were – we were very naive. We didn’t have financial backing, and because we were new, we had a hard time getting the staff – they just weren’t willing to take the chance.

This business can be challenging, but you just sort of sink or swim. It’s a test of endurance at times – a battle for sites, a battle against the weather. But we couldn’t imagine any other life.

We started performing in the more rural parts of Ireland initially. From a business point of view, I felt that there was a gap – these places were not getting any entertainment, and so, we were a novelty. One day, we were going to Connemara and my husband said to me, ‘Who are we going to perform to? The sheep?’. It was so sparse, especially 20 years ago. But then people started arriving. As Mikey says, they started coming out from the mountains; it was like something out of a film. He would say, ‘Where are you bringing us to know, Tara?’

We went to places like Dooagh and Belmullet. I deliberately did that, and it worked in our favor. We were welcomed and we still have friends from that time. Another reason for touring rurally was because we were a smaller company, and the sites were smaller. The other circuses couldn’t go to those sites because they were too big. We’ve done that for years now. It’s hard logistically, because of the roads, the mountain terrain, and the sites. And you’re dealing with all types of weather. Plus, you can’t stay a long time because the population just isn’t there. So there’s good and bad.

What about the next generation? How is Circus Gerbola organised today?

I stopped performing when I had my little girl, who’s now 9. My kids – two boys and a girl – initially toured with us when the boys were in primary school, but the challenge came for us when they started going to secondary school.

There used to be a Circus and Funfair Support Scheme, where teachers would come out and offer six or eight hours of tuition, but the scheme was dropped before my daughter was in primary school.

For a while, I would actually commute with the kids for school. We could be in Longford, Galway, Leopardstown and Dublin. I would get the kids to school that morning, wait around for them for the whole day, because there was no point in me driving all the way back. Come three o’clock, we’d head back to wherever we were performing, usually by 4.30pm. Afterwards, they’d do their homework, and get ready for the next day. It was madness.

Where are you bringing us now, Tara?

Monday to Friday, I’m with the kids, bringing them to school, and I’m dealing with staff, sites and all the other operational aspects from afar. Then on a Friday, at three o’clock, we go straight to wherever we’re performing – whether that’s Tralee, Sligo or Cork – and the boys perform in the opening or the finale. On Saturday, we have two shows, and again, on Sunday. We get back early for school on Monday morning.

That’s circus life. And that’s the life they’re used to. They just see it as normal, to open the door and have the tent outside, with people walking around. They don’t realise how lucky they are.
But they will follow whatever path they want – we’re not going to stop them. 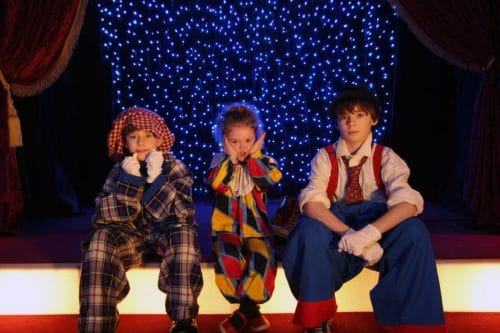